Home
»
Culture
»
The History of Bushido In Japan

Bushido is an ancient code of the samurai warriors in Japan. It was developed in the Edo period when feudal society was at the peak of its power.

Bushido is a warrior’s code, which includes honor, dignity, and loyalty to one’s master. It also encouraged samurai to maintain their dignity or face even death.

Bushido is a Japanese concept which is often translated as “the way of the warrior”.

The samurai code that was developed in the late 1600s, known as Bushido, is an unwritten code of honor that dictates how samurai should behave during peacetime.

The meaning of bushido has changed over the years due to modernization and westernization. It was originally used as a way to teach discipline for common soldiers but now it has been expanded to cover other aspects such as communication, public relations, and customer service.

The Rise and Fall of Bushido

Bushido had its humble beginnings with the samurai warriors of medieval Japan. These warriors led lives of incredible discipline and training in order to serve their feudal lords with honor and distinction.

The Importance of Bushido In The Modern World

Bushido was not just limited to Japan; it became part of Asian culture as well as Western military history during World War II. Its philosophical views have stayed relevant with thousands of people around the world supporting varying degrees and elements of the Bushido code.

Can Bushido Survive in the Modern World?

The bushido code has been used as a model for modern-day corporations in Japan and has been exported to other countries including America. It is also still popular as a studied martial art.

Corporations adopting bushido principles are dedicated to their customers, stakeholders, suppliers, and employees through trustworthiness, responsibility, and excellence (TRUE) in order to create sustainable value for all stakeholders. 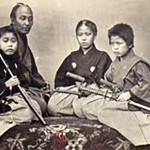 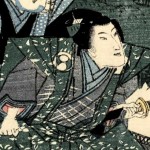