Home
»
Armoury
»
The Complete Guide to Samurai Armor For Collectors

Samurai Armor is a piece of steel armor that covers the samurai’s body. The samurai armor has changed over the centuries in response to different weapon types being introduced to Japan. Ancient armors were relatively light and often constructed in a way that made it easy for the wearer to move around quickly.

However, as time progressed, so did the weapons of their enemies. Because of this, Samurai armor started to get heavier and thicker which made them slower but also stronger against attacks from swords or arrows.

What is the History of Samurai Armor?

According to legend, Samurai armor was first worn by the ancient Japanese warriors. The armor was said to protect the wearer from fatal blows and projectiles. The armor is constructed of several pieces which include a front chest plate, backplate, two shoulder guards, two forearm guards, two groin guards, and a skirt.

Up until the 19th century in Japan, Samurai Armor was still used in battles between opposing forces. This came to an end when firearms replaced bows and arrows as the primary weapons of warfare.

The traditional story about Samurai armor is that it originated in 12th century Japan when soldiers needed protection from swords and arrows to survive battles on the battlefields.

The Various Types of Samurai Armor

Samurai armor is an essential part of their clothing. It is worn by the warrior on the battlefield to protect their head, neck, and torso.

One of the most common types of samurai armor was the “O-yoroi”. It was made from layered pieces of metal, leather, and lacquer.

The Samurai would have worn a “kabuto” on their heads made from lacquered steel with an iron plate known as a “hachiware”. Samurai armor also consisted of shin guards known as “sune-ate” or “waraji”, which were made from straw rope wrapped in cloth.

The traditional Samurai armor was made up of a helmet, breastplate, backplate, groin protector, waist protector and arm guards. This armor was made from lacquered leather or sheets of metal riveted together.

Samurai armors are mostly categorized into three types based on their usage. Battle armor is heavy and designed for combat with other Samurai’s while parade armor is lighter and more decorative for ceremonial purposes. Court armors are worn by the Samurai in court to show their rank in society.

Why Collecting Samurai Armor Is So Fascinating

Nearly every samurai worth his salt had a taste for collecting swords, but the armor was an even more popular item among the fighting classes. Armor from the 12th century onward was made from a variety of materials, including leather, silk, paper, and lacquer.

Collecting Samurai armor is fascinating as it’s a window into the life of a warrior elite class in feudal Japan. The quality and craftsmanship of these suits were often exquisitely detailed and would have been worn by the Samurai on special occasions or in battle.

Wearing armor for the first time can be a daunting task. It’s important to have the right size to avoid any discomfort or pinching. When buying Samurai armor, it’s important to know your measurements before purchasing anything online. This will help you avoid sending back any items because they don’t fit correctly once delivered to your doorsteps.

How to Display Your Samurai Armor Collection as a Collector

Collectors often want to show their collections in a way that will be respectful and not take up too much space.

One of the most popular ways to display your collection is using a collector display case or stand. There are many different types of cases and stands for sale, so the first step is finding the one that will best suit your needs.

The next step is finding a room where you can set up your displays, but if you don’t have room for that, there are other options available, such as displaying it on shelves or even grouping them with other Samurai objects in a home or office setting.

How Do You Wear Samurai Armor?

The commonly held misconception of Samurai armor is that it’s just a metal suit, but in reality, they are far more complex than that. There are many different parts to the Samurai armor and it takes years to learn how to put them all together properly.

Despite the fact that feudal Japan has been gone for centuries, there are still many people who make their own Samurai armor for fun or for competitions like the one in World Cosplay Summit.

How to Clean & Store Samurai Armor for Long-Term Use

Samurai armor was a sign of status and a way to display wealth. It protected one from attacks, but it also protected the wearer from disease.

Through the process of cleaning and storing your Samurai armor correctly, you will be able to maintain its appearance for years to come. In order to clean it, you can use a damp sponge or cloth that has been dipped in distilled water. You should not use soap as this may damage the metal surfaces on your Samurai armor. After you have washed off any dirt or grime, rinse off the armor with clean water and allow it to dry thoroughly before storing it away again.

The key is proper storage and care for your Samurai armor so that it can last for centuries! 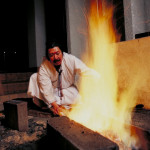 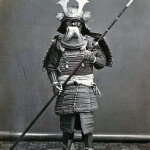 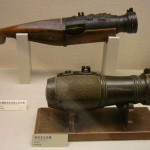