The period from 1603 to 1868 in Japan is called the Edo period (江戸時代). Also known as the Tokugawa period (徳川時代), this was a period in Japan’s history where the country was under the rule of the Tokugawa shogunate, as well as the country’s 300 regional Daimyo.

The Tokugawa shogunate was a feudal Japanese military that took the place of government. The daimyo was known as lords, and their title translated to mean large private landowners. The Battle of Sekigahara in 1600 saw the rise of shogunate Tokugawa, and it was once they had gained the controlling influence of the country that they appointed the daimyo.

It was then the daimyo that began to hire samurai to protect their land. Once the Tokugawa were in power, they established a system known as the four divisions of society (Shinokosho). This was an attempt to stabilize the country with clearly defined roles that people undertook with their lives, either as samurai, farming peasants, artisans, or merchants.

During the Edo period samurai made up between 7-8% of society. It was prohibited for the other classes to carry weapons, so a samurai carrying his 2 swords was a common sight. The samurai would earn a fixed amount from their daimyo, and would generally live in the proximity of the city of that domain. Within the samurai class, there was also various position including administration and bodyguards. It was very difficult for a samurai to rise by more than a few positions in the class, with most positions being hereditary. Samurai’s that had no master was known as ronin. These samurai were given very little respect, and would often become criminals or work as mercenaries.

The Edo Period in Japan: Everything You Need to Know

What is the Edo Period?

The Edo period in Japan is the time when the Tokugawa shogunate ruled during the 18th to mid 19th century.

The Edo Period in Japan is also called the “Edo Period” or “Edo-Jidai”. It was a time of peace, stability, and economic growth.

Tokugawa Ieyasu established the Edo shogunate in 1603, approximately 250 years after Oda Nobunaga’s death. The Tokugawa Shogunate lasted until 1868 when the emperor Meiji took over power from them.

During this time, Japanese culture flourished and arts prospered significantly.

The Edo period was a time of imperial power and relative peace in Japan. The Tokugawa shogunate had unified the country and enforced a policy of national isolation. It was also a time of social stability with no large-scale wars, famines, or major epidemics.

Edo culture was characterized by urban development, trade expansion, specialization among skilled artisans, more leisure time for some classes due to increased productivity, the growing influence of Confucianism as an ideology combined with emerging Japanese studies as an academic discourse.

What was the Social Structure of the Edo Period?

The Edo period was one of the most prosperous periods in Japan. The economy was thriving and people were doing well. The social classes were separated into four levels: the samurai, farmers, craftsmen, and merchants.

The samurai were the warrior class. They made up about 10% of the population. Their power came from their swords. They wore kimonos every day but they would wear armor when they went to battle or to work in their fields.

Farmers made up about 60% of the population and lived off rice farming and fishing for a living.

Craftsmen made up about 30% of the population and mostly lived off pottery, weaving, papermaking, metalworking or woodworking as a job with their craft as a secondary form of income from which

What was a Typical Day for a Samurai?

Samurai were a warrior class that resided in feudal Japan, who served the samurai lords of the Daimyo. They were expected to be skilled with the sword as well as proficient in fighting on horseback and on foot.

Samurai life during the Edo period was not as glamorous as one might imagine.

The life span of a samurai was typically short, only 20 years. This is because they would often die during battle or from committing seppuku (ritual suicide).

Feudalism was the political and social system that existed in Japan during the Edo period. Feudalism is a type of hierarchical social organization that relies on obligations between lords and their vassals.

It is difficult to talk about feudalism without mentioning the shogun, or “Great Lord.” The shogun was an appointed military ruler who had the power to rule over all other lords in Japan. This hierarchical system made it easy for people of low-ranking status to be exploited by those higher up.

Edo was established in 1603 when Tokugawa Ieyasu set up his headquarters in the region.

The two most important aspects of Edo-era society were its economy and its political system.

The economy was based around the rice trade, which made it one of the wealthiest regions in Japan.

Social hierarchy was based on occupation; samurai came at the top, followed by peasants who worked on the land.

Edo Period’s social stratification system is divided into two groups. The Gentry was the upper class of Japanese society during the Edo Period. Commoners were found in the lower class.

The social stratification system in the Edo period was very complicated and it often changed depending on certain situations. For example, when individuals started to work in the bureaucracy, they may be promoted to a higher rank in society and become gentry or commoners. 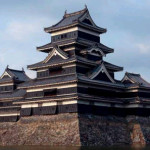 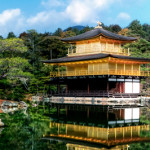 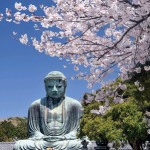 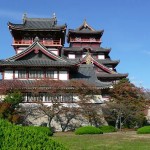